Famous Iranian Food from the Viewpoint of Tourists

Iran Information Famous Iranian Food from the Viewpoint of Tourists

In this article about the Iran travel guide center, we will introduce the most famous Iranian food from the perspective of a foreign tourist. It is fair to say that these foods are very successful envoy of best Persian food in countries around the world.

Iran tourism introduces some of these Persian foods as follow:

There is no doubt that the best Persian food is Chelow Kebab (Persian: چلوکباب‎ čelow-kabāb [tʃelowkæˈbɒːb]) which is one of the famous Iranian food.

Many people are familiar with Persian food because of Chelow kebab. Among Iranians and tourists, kebabs, especially koobideh-kebab, are very popular. Koobideh-kebab accompanied by Chelow ((Persian Rice)) is usually served with tomatoes, grilled peppers, saffron rice, yogurt, and fresh vegetables. Some people eat koobideh-kebab with bread instead of rice.

One of the best Persian food which also serve in the ceremonies is Zereshk Polo. The recipe for Zereshk Polo includes barberry, saffron, and white rice. Zereshk Polo with Chicken is known throughout the world as one of the famous Iranian food.

The Abgoosht (Persian: آبگوشت‎ Âbgušt, pronounced [ɒːbˈɡuːʃt]; literally “meat broth”), also known as Dizi, is among the most traditional dishes in Iran. Usually, it’s made up of lamb, chickpeas, beans, onion, and potatoes. It is necessary to combine the ingredients and cook them. There is often a mixture of solids called Gusht Koobideh. The meal is served with a yogurt drink, onion, and fresh vegetables.

The Baghali Polo (Persian: باقالی پلو‎) is a luxurious and delicious dish in Iran. This food is made with muscle. It is loved by many Iranians and, of course, by foreign tourists as well. White rice and green beans are blended with saffron to prepare Baghali Polo. They then place the sliced sheep’s meat or chicken alongside the plate and serve it.

It can be served with either rice or saffron rice. Surely, it is one of the best Persian food that many tourists want to try when visiting Iran. The secret to a delicious Ghormeh Sabzi, like many other famous Iranian foods, lies in how long it is cooked. A stew that is cooked for a longer time and at a lower temperature reaches a more delicious state.

Gheymeh (Persian: قیمه‎) stew is another popular Iranian dish. Gheymeh is often served with fried potatoes and sometimes with eggplant. The former is known as the Gheymeh sibzamini, and the latter as the Gheymeh bademjan.

Gheymeh stew is prepared by cooking the meat with onions, chickpeas, tomato paste, Omani lemon, and water. Lastly, serve the stew with rice and fried potatoes or eggplant.

One of the most delicious Iranian dishes is Loobia polo (Persian: لوبیاپلو‎), which is served uniquely. The Loobia Polo is usually eaten with Shirazi salads, vegetables, and yogurt, which makes a wonderfully tasty combination. Loobia Polo is made by combining chopped green beans with meat, onions, tomato paste, and spice.

Iranians love meat, so chicken or mutton and beef almost always contribute to Iranian foods. Joojeh Kabab (Persian: جوجه کباب‎), which is grilled on charcoal and very tasty, is one of the most famous Iranian food. this is like a national food for picnics. In addition to Joojeh kabab, grilled tomatoes and saffron rice are eaten with butter, which makes a delicious combo.

Each region in Iran has its type of soup (Ash). Among these, the Ash Reshte (Persian: آش رشته‎) is the famous Iranian food and foreign tourists are familiar with it. Ash Reshte, one of the best Persian food, is cooked as a sacrifice during holy days like Ramadan. to make the soup (Ash), different beans are cooked with special vegetables, then noodles and curd are added. It is very important to decorate soup (ash) and many Iranians are very good at it. Ash Reshte is decorated with hot onion, hot garlic, hot mint, and curd.

Many foreigners who have not visited Iran yet find Iran to be a scary and unknown place, but after traveling to Iran and Communicating with the people of Iran and their culture, they become fascinated by it and consider it one of the best countries they have ever visited. They still seek out Iranian food even after returning to their home countries! So do not forget to try famous Iranian food when traveling to Iran. 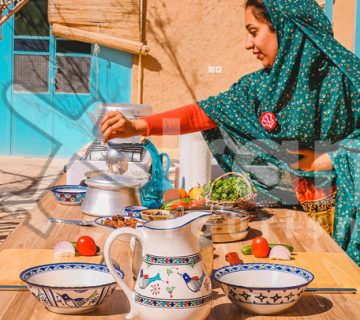 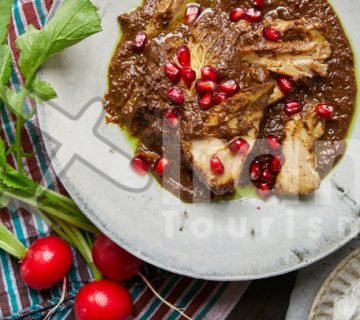