All about Qazvin City, Iran 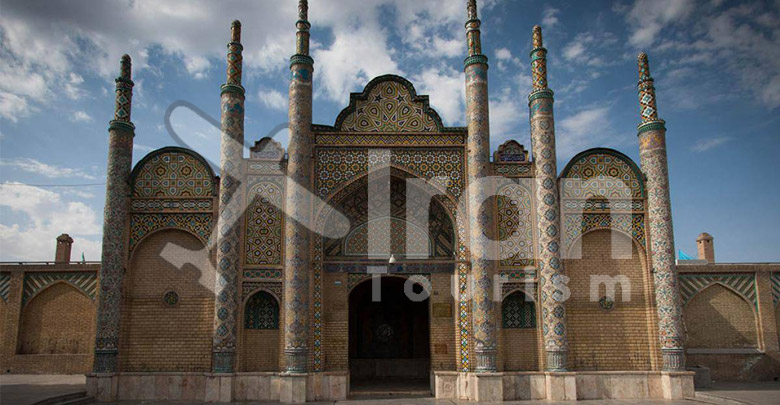 Qazvin City is one of the top tourist Cities of Iran. Being located close to The Capital Tehran city, it is very convenient to get to. There are lots of historical and natural sights available inside and outside the city. Qazvin attractions have been neglected by most of the tourists, but it only adds to their authenticity and value.

Qazvin is the Capital of calligraphy art in the country and having the greatest number of parks inside the city and Gardens outside of it, has given it the name of “Iran’s city Park”.

Qazvin city weather during winter and autumn is Cold and snowy and during summer cool and pleasant.

So, follow this article provided by Iran Travel guide Center to learn more about Qazvin attractions.

How to Go to Qazvin?

By Train: Tehran – Tabriz City Railway passes through Qazvin City. Qazvin Railway station is located at the most southern end of the city. You can get yourself to here by taking the city buses and dropping off at Iran Mohr station.

By Bus: almost every bus going to the east of Tehran City, passes through Qazvin and Vice versa. And being located only 2 hours from the capital, you have easy access to almost every city in the country from there. Qazvin Bus Terminal is located at the south eastern side of the city, by Tehran Qadim Square.

By Airplane: the closest airport to Qazvin is Mehrabad Airport, which is 2 hours away from Tehran City.

A budget option of Qazvin Hotels. With good location and easy access to most of the city’s attractions.

Address: at the corner of Saadi and Imam Khomeini street

Another budget option in the city. Located close to the Chehel Sotun Palace.

A reasonably priced hotel located at the eastern side of the city.

Qazvin is full of original sights. Most of the middle age buildings in Isfahan city were adopted from the buildings in Qazvin; places such as

are some of the most iconic historical Qazvin Attractions.

Also, Qazvin is the city of museums. Qazvin museum, Baladieh museum, Qazvin Museum of Anthropology and The Museum of Calligraphy are some of the most famous ones.

Jameh mosque, Shahzadeh Hossein Shrine and peighambarieh and Russian church in Qazvin are some of the religious attractions of this city.

Also, the first modern street ever built in Iran is located here and is one of the most-sees of Qazvin Attractions.

There are a number of Natural sights also available among Qazvin Attractions; places such as Borje Barajin and Vercher Water fall which make it great for a day hiking trip. Evan Lake and Alamut Site are two other great attractions around the city.

What to eat in Qazvin city?