All About Sanandaj City

Iranian Cities All About Sanandaj City 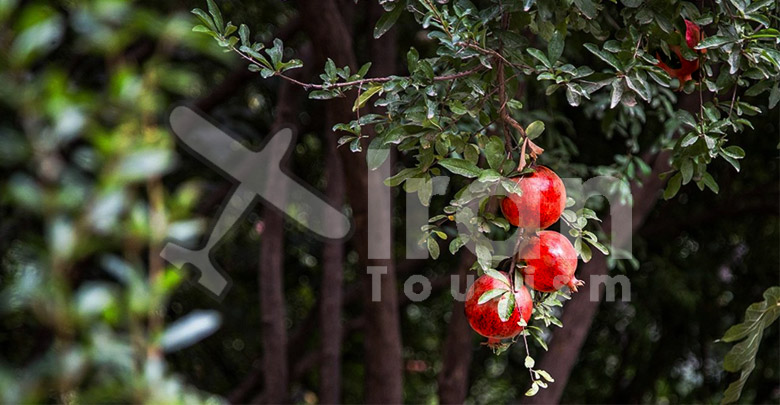 Sanandaj City is the capital of Kurdistan province. It is the second largest Kurdish center in the country. Due to its strategic location, Sanandaj history is filled with events, breakdowns and victories, some exhibited in the Sanandaj Museum.

Being located at the middle of Zagros mountain range, Sanandaj City is one of the few evergreen cities in the country. the nature and view in the suburbs and especially some of the neighboring cities are breathtaking, making Sanandaj nature as worthy as Sanandaj history; especially in places such as Uramanat and Palangan Village.

As same as Kermanshah City Sanandaj is one of the coolest cities in the country, with fierce winters and snowfalls which cover the whole city and surroundings.

So, if you want to Travel to Sanandaj city, follow this article of Iran Travel Guide Center to learn more about history of Sanandaj, Souvenirs, Sanandaj Museum and more…

Airplane: Sanandaj city International airport only carries the stamp of “International”. The only flights available here are either to or from Tehran city.

Due to the geographical situation of the city, only certain airplanes can be used here. That and other obstacles have prevented the aviation industry in Sanandaj to grow.

Sanandaj Airport is located at the southern end of the city by the Kermanshah – Sanandaj highway, accessible only via personal vehicle or Taxicab.

Bus: There are daily buses available to Tehran city, Tabriz city, Mashhad city, Ahvaz city, and more. Also buses to Istanbul and Wan in Turkey and Sulaymaniyah and Erbil in Kurdistan are available on daily basis.

Sanandaj Bus Terminal is located at the eastern side of the city, accessible via city buses.

There are NO train stations available anywhere near Sanandaj.

Hotels and Hostels in Sanandaj City

As great as Sanandaj history and attractions are, the tourism infrastructures don’t come even near to what you would call “sufficient”. A handful choices of hotels that are available in Sanandaj, can’t make up for the demand at all.

It’s a budget option in Sanandaj, with minimum quality service. Good for solo travelers and backpackers.

This hotel is in the beautiful Village of Uramanat. Internet and Restaurant are also available

Getting Around in Sanandaj City

Few public transport options are available here, not meeting the greatness of Sanandaj history and tourism demand at all. the only option here are the conventional city buses and shared cabs. No BRT and Metro is available here.

Sanandaj history, especially contemporary history is present in the very fabric of the city. Sanandaj has one of the largest old fabric neighborhoods in the country, and they are still residential and full of life.

One of the merits of Sanandaj city is that most of its historical places are located pretty close to each other, surrounding Sanandaj Museum.

But Sanandaj museum and Sanandaj history are not the only main attractions of this city. When you come to this Kurdish region, going out into nature and nearby villages is a Must Do for you.

Uramanat and Palangan villages are some of the oldest and most original villages in the Iran, still boasting with village life and tradition after hundreds of years.

With their Unique step-shaped architecture on the face of tall mountains, where a house’s roof is the other house’s yard, it only adds to the originality and greatness of Sanandaj history and culture.

And as far as the nature, if you travel to Sanandaj during spring, you’ll face an evergreen horizon, and during autumn and winter, most of the mountain peaks and hiking tracks in the region will be covered with snow.

What to Eat in Sanandaj?

Aside from the famous and multiple local Ash and Kebab dishes, Saj bread is one of the unique breads in the country with an amazing taste. But it is also very hard to get your hands on it, mostly served in Uramanat villages and some home bakeries.

Badam Sukhteh, Basluq, Nan berenji, Kakand Konjedi Gaz are some of the most popular and high-quality Iranian dessert and sweets made in Sanandaj city and most of the other Kurdish regions of the country.

Natural Gum or Saqez is harvested from the trees in the vast plains of Kurdistan region and is very popular among locals, believing to have medicinal benefits.

Handmade rugs and shoes have been manufactured in Sanandaj city for ages, the elegant wood carvings and wood with designs rooting back in Ancient Sanandaj are some of the best choices of souvenir from this city.

You can also see some of these “one of a kind” designs in Sanandaj Museum.

is it safe to travel to iran 2018sanandaj rugstourism Iran