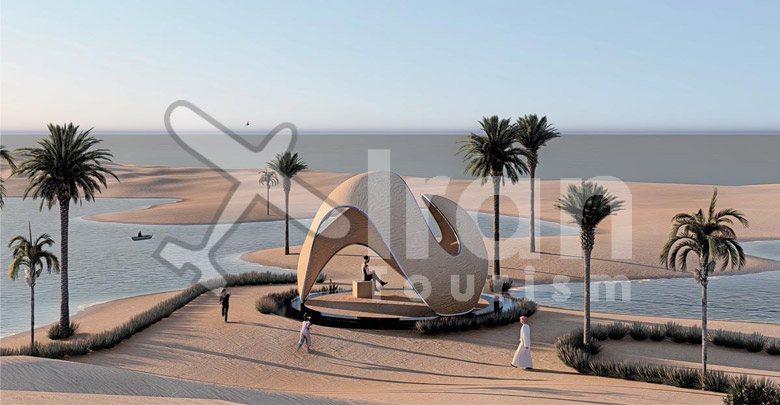 Chabahar is one of the most important port cities in Iran, highly regarded by the public in terms of economy and tourism.

Chabahar port is in the southeast of Sistan and Baluchestan and is the only ocean port in Iran, which is located on the shores of the Makran Sea and the Indian Ocean.

In terms of climate, this city has moderate and temperate conditions, and for this reason, it has been called “Chabahar” or “Chahar Bahar” (4 springs) means all four seasons, have spring mood.

Join Iran tourism in this Chabahar travel guide to get more familiar with Chabahar tourist attractions.

Some of the Chabahar Tourist Attractions

Miniature mountains are one of the Chabahar tourist attractions, which were located 50 km away from Chabahar city towards Goatar port. These mountains’ color is white and gray, which changes during the day and with the amount of light that reaches them and takes on a stunning effect.

Some of these mountains are 5 meters high, and in some cases, their height suddenly reaches 100 meters or more; for this reason, if you intend to climb these mountains, you must have the ability to climb the rock and the appropriate equipment to do so.

Iran travel guide center suggests you visit it during your trip to Chabahar port.

The presence of birds such as Coots, Flamingo, Grebes, all kinds of Herons, Western swamphens, Sandgrouses, See-see partridges, Tawny eagles, has doubled the beauty of this region.

The Chabahar port Local Museum is the old governorate building in Chabahar, which has remained in this port city since the Qajar period.

This building is built on a platform with a height of one and a half meters and an area of about six hundred and fifty square meters and has three entrance doors, a set of rooms, a corridor.

This old building builds on two floors, and parts of it are surrounded by a platform with a wooden roof and an iron pillar.

Dezak Mosque is another of Chabahar tourist attractions, which is located 3 km east of Saravan. The exact time of construction of this mosque is unknown, but according to the available data, the mosque belongs to the Safavid era.

The Material used in Dezak Mosque are included clay and stratification and, for its roof, used palm and date products.

Another Chabahar tourist attraction, which has many fans, is Baan Mesiti Cave, located 5 km northwest of Tis village at the foot of the Shahbazband Mountain.

These caves are a combination of two natural and artificial caves next to each other. The natural cave has a semicircular appearance that has been expanded with lathes inside the cave and has gained more space to visit.

Makrzan tree, also known as Sacred fig, whey cheese, and Banyan, is the name of a famous tree in Chabahar port and Nikshahr cities and is one of the Chabahar tourist attractions. This plant is an Indian plant with broad leaves and branches falling and taking root in the sand.

One of the fantastic Chabahar tourist attractions in Chabahar travel guide is the Golafshan mountains, the most important of which is located near Konarak called Bandar Tang.

Golafshan mountain of Bandar Tang, which is about 100 meters high, is one hundred kilometers away from Chabahar city.

If you go to the top of the mountain, you can see a hole with a diameter of less than 1 meter and a depth of half a meter covered with mud.

Its feature is that you can see some muds that come out of this hole with a unique sound like a bubble bursting and scattering around at different time intervals.

Note that in non-rainy seasons, go to this area. Next to this mountain, two other low mountains are that seem to have been Golafshan at one time.

If you are interested in pristine nature and wildlife, do not forget to visit this Chabahar tourist attraction!

In this area, you can see the only endemic crocodile of Iran known as Gando. You will also have the chance to see other animals such as Caracal, Chinkara, Northern palm squirrel, Mongoose, jackal, fox by exploring this protected area.

Besides, Bahuklat River is one of the most waterlogged rivers in Sistan and Baluchestan province, which is the main factor of life in the south of the province.

This river collects water from large areas of the southern plates of Iranshahr city (Sarbaz, Bampur, Rusk parts) and Chabahar port and flows into the Oman Sea.

One of the most spectacular Chabahar tourist attractions is the Tis Grand Mosque, which is architecturally similar to the mosques of Pakistan and India.

Every pilgrim who goes to this mosque for the first time remembers the paintings full of colors because many colors have been used to build this mosque.

The minarets and domes, which are beautified with green and red colors, and the doors, which decorate with colorful irregular glasswork, give the mosque a pleasing look.

Well, one of the main and most Chabahar tourist attractions we want to introduce in this Chabahar travel guide is the port of Goatherd, which is located at the end of southeastern Iran and in the border area of ​​Chabahar city with the border of Pakistan.

This port is a small part of Sistan and Baluchestan province, also called the gem of paradise on the coast of the Oman Sea. Gwadar Bay is one of the most protected areas due to its proximity to mangrove forests.

It is located 10 km west of Chabahar Bay and at the end of the barracks next to Pozm Bay, one of the most spectacular Chabahar tourist attractions.

The shape, location, and configuration of “Pozm Bay” is generally similar to Chabahar port, but its size is like Chabahar Bay.

One of the exciting places in this Chabahar travel guide is Darak Beach. Darak village, which is 170 km from this city, and located along the Makran coast and at a distance of 10 km from Zarabad village.

One of the most exciting things about this village is that you can travel to this area to see the contrast between the desert and the sea, which is a unique phenomenon.

The Portuguese castle is one of the historical monuments of Chabahar port and one of the most famous monuments of Sistan and Baluchestan province, which is 5 km northwest of Chabahar city, among beautiful and pleasant nature. This castle has attractive architecture and a long history.

The Orange Fortress built on a hill near the bay. It has four semicircular towers with an area of ​​15 meters, which in ancient times the guards used them to protect the fort.

As well as in adverse weather conditions, the castle, like a lighthouse, was responsible for guiding ships. The area of ​​this castle is 54 by 26 meters and its entrance is located on the northeastern side of the castle.

The materials used in the construction of this castle as well as its construction style show that it built in the form of Seljuk architecture.

Chabahar rocky beach is one of the natural places in Chabahar port that attracts the people of this region as well as tourists.

The massive waves of the Oman Sea create stunning scenes when they collide with these rocks, and in some cases, the height of these waves reaches 3 to 5 meters. Of course, you should keep in mind that in August, these waves are at their strongest due to the monsoon winds.

Some of these rocks, which have been less exposed to waves and water, covered with moss over time, causing the body of these rocks to turn green.

Tang beach is one of the most beautiful beaches in Iran, which is near Tang village in Chabahar port. The best time to travel to this area is in autumn and winter. In these seasons, in addition to enjoying the excellent climate of this region, you can see phytoplankton, bacteria, and other aquatic organisms that emit lovely blue light in this area on the beach, and this made the beach one of the most unique places in Chabahar at night.

The last Chabahar tourist attractions you will be familiar with on this Chabahar travel guide is Pirouz Gat castle. 5 km northwest of Chabahar in the village of Tis, there is a castle called Pirouz Gat, which has remained in this village since the Parthian and Sassanid eras.

This fort is located on a hill in the middle of the Tis valley and the height of the hill is not more than two mountain ranges around the mountain.

The stones used in this building are non-calcareous, which have been brought here from other places because the hills material itself is limestone and siliceous mound.

According to the surviving works, this building is similar to the structures of the Parthian period, and the name of Pirouz Sassanid increases this possibility.