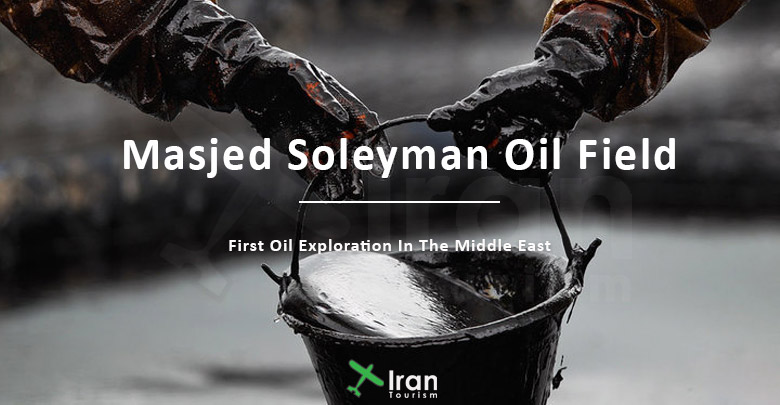 Masjed Soleyman oil field is the oldest oil-rich region in Iran. Iran drilled its first oil well in this region in 1287. So far, more than 300 wells have been drilled in Masjed Soleyman, which have produced about 160 million tons of crude oil.

Stay with the Iran Travel Guide Center to know more about the Masjed Soleyman city and its oil field.

Iranian oil fields include reservoirs, basins, and oil fields located in Iran’s land and water territory. Some of these fields are currently active, and some are inactive or under development.

Masjed Soleyman is a historical city in the mountains of Zagros and one of the Bakhtiari cities of Khuzestan province of Iran. This historical and beautiful city is also a pioneer in oil drilling in Iran.

Masjed Soleyman was called “Asak” during the Elamite (Ilam) civilization. After the Aryan invasion and the defeat of the Elamites, its name was changed to “Parsumash.”

Between the middle of the 9th century and the beginning of the 7th century BC, an Aryan tribe called “Parsva” entered the Khuzestan plain from the northwestern slopes of the Zagros and the Bakhtiari Mountains, and the present-day Masjed Soleyman was one of the areas where they settled.

After getting acquainted with agriculture and leaving nomadism, these people, who relied on the livelihood of shepherds and especially horse breeding, built a new city in the foothills of the plains and named it Parsumash in memory; of their former land called “Parsova.” Near Masjed Soleyman, on a hill called “Sarmasjed,” is a fire temple from that period.

Now, this is one of the sights of Masjed Soleyman. The French archaeologist Professor Gershman considers the fire temple to belong to the Persian period and considers it to be the birthplace of the “The first Achaemenid ChishPash,” the ancestor of Cyrus the Great.

About the Masjed Soleyman Oil

Masjed Soleyman Oil Field is one of the fields under the management of the National Company for Southern Oil fields. This field was discovered in 1287 and is known as the first and oldest oil field in the Middle East. According to estimates, more than 6 billion barrels of oil are in the Masjed Soleyman field. This field’s average natural oil production capacity is equivalent to 5,000 barrels per day.

When the largest oil field in the world was discovered in Masjed Soleyman oil field, except for the remains of an ancient fire temple called Masjed Soleyman, there was no other settlement in this area. Just During the summer and winter, only the Bakhtiari tribes stopped at the foot of the Naftoon hills.

Therefore, after the discovery of oil, inevitably, wherever the company drilled wells in the mountains, valleys, and hills located on this vast oil field, at the same time, it was necessary to establish and provide the houses and livelihoods of the employees. Thus, Masjed Soleyman was built on different hills along various valleys at 45 square miles and became a city.

Fortunately, in recent years, Masjed Soleyman’s large square and sports stadium and the beautiful buildings built around it have given the city a special center.

However, Masjed Soleyman is still the only city where most of it is at the foot of mountains and hills. Of course, suitable roads and many cars are needed for such a city, and Masjed Soleyman once had first place in terms of the number of vehicles concerning the population in the Middle East!