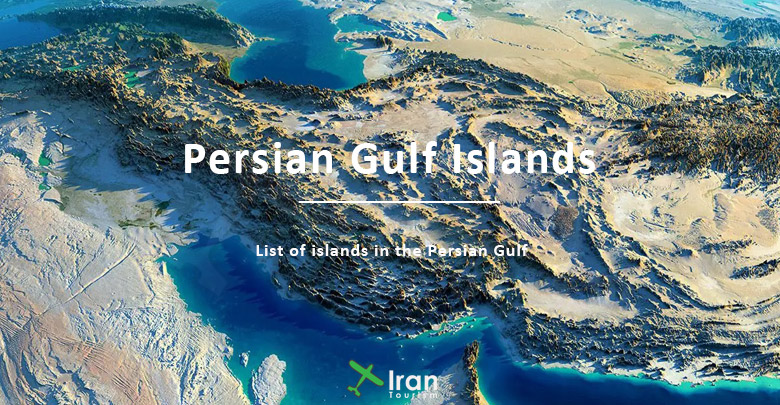 Persian Gulf Islands are among the most Iran tourism popular tourist destinations. Iran is undoubtedly one of the most beautiful countries in the world. With its different parts, natural and unique landscapes, different weather conditions, and various features, it has been able to find a special place among tourists. Additionally, this country has been one of the most important countries for many years and has maintained its special status throughout history. However, if we would like to show you one of the most beautiful, important, and special parts of Iran, we should focus on the Persian Gulf Islands in the south of the country. In this article, we want to introduce you List of islands in the Persian Gulf, so join the Iran travel guide center to look at these islands and provide a comprehensive and complete explanation.

A brief introduction to the Persian Gulf

First, we will introduce you to the Persian Gulf, one of Iran’s most important parts and can be considered from various perspectives.

Each of the countries around the Persian Gulf also has different islands. For example, Iran has 41 islands, Bahrain has seven islands, and the United Arab Emirates has hundreds. Therefore, if we want to introduce you List of islands in the Persian Gulf, it is necessary to name them based on the division of residential and non-residential islands.

Each of these Persian Gulf Islands has specific characteristics, and this issue has made it possible to study and evaluate them from different perspectives. For example, if we want to introduce you to the most important Persian Gulf Islands in Iran, we can mention Qeshm, Kish, Bumousi, Greater Tunb, and Lesser Tunb.

Important islands of Iran in the Persian Gulf

The island is known as one of the most important parts of the Persian Gulf in terms of tourism. Nearly 2 million tourists visit this beautiful, attractive, and unique coral island every year. Kish is the fourth tourist destination in Southwest Asia. To stay in Kish, the variety of places is very high, and you can choose them according to your taste and budget. Foreign nationals do not need a visa to enter Kish.

Qeshm is another Persian Gulf Island, known as the largest Iranian island in the Persian Gulf. In recent decades, we have witnessed many activities to improve the situation of Qeshm Island, and this issue has led to Qeshm can be called one of the tourist destinations in this region. Therefore, you can see and visit various tourist attractions on the beautiful island of Qeshm.

Hormoz Island, with an area of 42 square kilometers, is located eight kilometers from Bandar Abbas. The island is oval, with a salt dome, red soil, and silver beaches. The locals use the red soil of “Golak” mountain as a spice. Hormoz has volcanic and salt hills and mountains and is known as a geologist’s paradise due to the diversity of the region’s soil. You can spend a day visiting this island, and if the countless attractions of this island do not leave you, stay in local houses and spend more time exploring the island. The pristine beaches of Hormuz are great options for staying in nature. Local food on the island is very high quality! Be sure to try them.

Hengam Island, two kilometers southeast of Qeshm, has an area of about 50 square kilometers. This small island is divided into two villages, old and new, and all Residents are relatives together. Hengam is the least populated island of Hormozgan; its people, in addition to fishing, have earned new incomes by making small handicrafts and offering them to tourists and entertaining travelers. In addition, rural women cook local bread and fragrant samosas around the pier to travelers. Tourists visit the island via Qeshm beaches and speedboats, But the fascinating part of this short cruise is watching the swimmers and group jumps of dolphins around Hengam Island. Other prominent natural attractions along the silver beaches are clear beach waters, fish swimming, and deer and chameleon species.

Bomousi Island is one of the three Iranian islands known as Iran’s most important and strategic island in the Persian Gulf. The distance between Bomousi Island and the large and Lesser Tunb Islands is good for shipping large tankers. Ships trying to transport oil from the Persian Gulf to other parts of the world have to cross the Strait of Hormuz.

This part of the Persian Gulf is extremely important and is considered one of the most important strategic points in the world. This importance has led the UAE to claim ownership of these islands repeatedly, but what is important is that these islands belong to Iran and Iran.