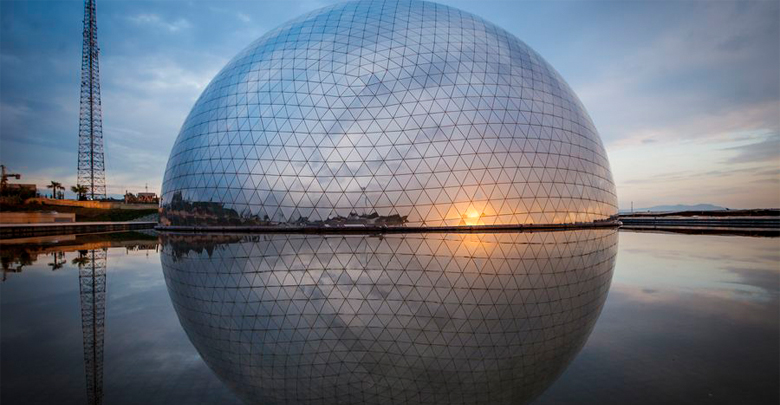 Holy defense museum established in 2012 in Tehran City near to Vanak (ونک- Va-nak) square and next to the Shahid Haghani (شهید حقانی- Sha-hid Hagh-ghaani) metro station.

Long times ago Iran-Iraq war starts in 1988 by the Iraq invasion and their struggle had continued for eight years.

Iran Travel Guide would like to inform you that war had begun by Iraq and Iranian people had to defense against the enemy by their lives.

Furthermore, most of generation “Y” (people born during the 1980s and early 1990s.) do not know about war details and they never have seen their nation’s sacrifice to defense against the enemy.

As a result, the government decided to build a museum to show more details about the war and has kept the memory of martyrs. So, the first idea for the museum originated in 2004.

Parvaneh hall includes statues which are memorial of 1500 martyrs as well as holy defense commanders and their stuff are represented in the separate glass boxes.

Next division of the hall dedicated to retired as well as alive commanders to talk about their stories as well as their missions in the war for visitors.

There is also an area which shows the 3D pictures of 72 people who were impressive commanders in the war period.

The last section of the hall shows the divers pictures who had gone on war missions.

It will help if you know that Shahid (شهید) word means martyr, because most of the names for streets, valley, highways, stations and etc. have this prefix.

There are several video projectors to show 360-degree movies about war history and missions in Holy defense museum.

This section tells you the story of possession taking of Khorram Shahr (خرمشهر- khor-ram-shahr) city by the Iraq army then taking back this city by the Iranian army.

Azadi (آزادی- A-zaa-di) Bridge was the last location in Khorram Shahr city which was in control of Iranian people but after 34 days occupied by the enemy.

Later on, Bridge’s model is built as an endurance symbol of people in this city in this museum.

The Tallest flag in Iran

The highest flag was installed in Iran located in Holy defense museum area, Tehran and also it is the third one by dimension criteria in the world.

Designers have considered the effect of high speed (120 km/h) wind and possible earthquake for their design.

The size of the flag is 42 meters in length and 24 meters in width and also flag basement positioned at an altitude 1500 meters and it has a capacity for 500 people.

Total numbers of stairs from land to the flag is about 611 numbers.

Symphony of war and colors

This national museum of Iran has a movies screen which is made by water and display war scenes for those who were not being there.

The Most Powerful Laser in The World

Holy defense museum has a big garden which is full of lights that spread out more than 16 million colors and it has harmony with water fountains in the designed lake.

Each fountain has 15 meters high and makes a circle with 30 meters in diameter and light effects mixed with sounds, laser light, and artificial fog.

The peak of this show is when strongest laser light transfer pictures and words from this garden to the Alborz Mountains.

Additionally, this national museum of Iran has 5D cinema to display war’s movies such as Tarigh-ol Ghods (طریق القدس – Tarigh-ol-ghods) mission to release Bostan (بستان – Bos-taan), khamse khamse (خمسه خمسه – Kham-se) mission in Iraq by General Doran who was a pilot of F-4 Phantom II and hero of the war, Morvarid (مروارید- Mor-vaa-rid) mission which has a target to destroy Al-bakar and Al-omiye oil terminals by Peykan (پیکان- pey-kaan) frigate.

The 5D cinema has various effects such as chairs movement, hit on foot and face, sound, wind, and vibration.

Also, everyone has a private sound effect through wireless technology.

Due to the peaceful nuclear activity of Iran, four nuclear scientists were killed by the enemy through bombing and also Dr. Fereydoon Abbasi was injured.

So, they represent scientist’s cars on exhibition in Holy defense museum area in 2013 as a memorial of them.

In addition, Dr. Rezaei Nezhad was killed directly through bullet and he was not in the car.

Iran tourism notice that in your way to the Holy defense museum, you are surrounded by a beautiful garden which is contains 400 types of herbal plants in 1km.

There is a mosque in the national museum of Iran which is copied from original one in Khorram Shahr city, they are built this mosque to remind people’s resistance in this area in war period for new generations.

National Museum of Iran has firearms simulator with Kalashnikov for teenagers and who would like to have experience of using Kalashnikov as war’s gun and also this simulator has a capacity for 150 persons.

National Museum of Iran also has a Holy defense shop which has a different type of holy defense symbols to sell.

This museum has three restaurants in the outside of the museum.

There is a Tehran metro station next to the museum as Haghani Metro station (line1- red line), you have to get on metro line 1 head to the Tajrish (تجریش) destination.

Also, there is a bus terminal next to the museum as well as a metro station which has several destinations inside Tehran city.

Besides, Address is across to the Taleghani park, end of sarv st, Haghani High way, Vanak Square, Tehran, Iran.

Holy defense museum ticket price is about 120,000 RLS for each person. However, you can get up to 60% discount through online ticket websites like Takhfifan.

Best time to visit Iran is on May and April but Holy defense museum is always green even in winter.