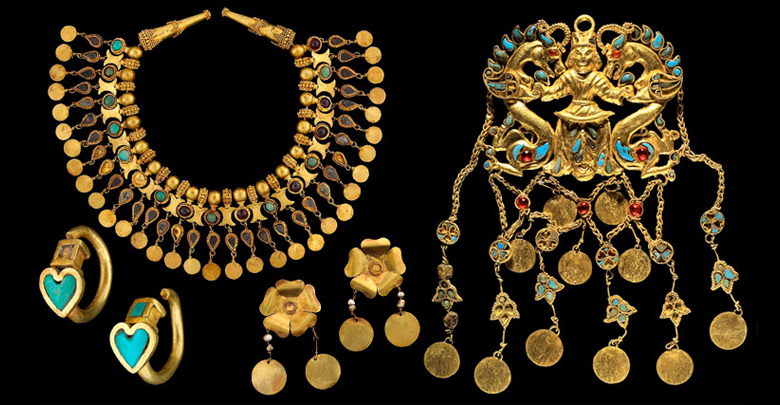 National jewelry museum is positioned in the heart of Tehran City on Central Bank of Iran and it has one of the finest and most extensive collections of jewelry in Iran which include national jewels from Safavid, Afsharid, Qajar and Pahlavi era.

National jewelry museum was built on 1955 and officially opened in the same time with Central bank of Iran establishment on 1960 by “Mohammad Reza Shah” (محمد رضا شاه – The last king of Iran from Pahlavi dynasty).

Before that national jewel was kept in Golestan Palace by Qajar kings.

Darya-e-Nour (دریای نور – Persian meaning is Sea of Light) and Koh-e-Nour (کوه نور – Persian meaning is Mountain of Light) are the most prominent diamonds in the world and they are belonging to national jewels of Iran; but only Darya-e-Nour available in Iran museum and Koh-e-Nour is on London right now. however, they have long stories during the time!

Both fantastic diamonds are brought by Nader Shah Afshar (نادر شاه افشار- Nader is an Afsharid king) on 1739 from India and he gave current names on diamonds.

Koh-e-Nour moved from Iran to India then finally the United Kingdom took it from India and sent it to London.

Main National Jewels in This Museum

And other brilliant national jewels.

National jewelry museum tells us the stories about Persian kings from ancient times to these days.

Iran Travel Guide would like to inform you that National jewelry museum closed on Wednesdays, weekends and Public and Bank Holidays.

Ticket Price is about 200,000 RLS per person. Please note that children under 12 years old not allowed to visit.

They will sell a guidebook with price 40,000 RLS in the entrance’s shop or you can ask tour guide in English, French, German or Arabic and it’s included in your ticket price.

All of your stuff must be left at reception.

Accessibility to the Jewelry Museum

National jewelry museum is located along Ferdowsi (فردوسی –pher- Do- si) Street near to the Jomhouri (جمهوری- Jom-Hoo-rii) Street and opposite to Turkey Embassy and Germany Embassy.

Iran tourism suggests that get on Tehran metro  (line 1- red line) and get off Sa’adi  (سعدی) metro station then walking ahead to the west and Ferdowsi street.

You will reach to National jewelry museum in 10 minutes and the distance is about 600 meters. 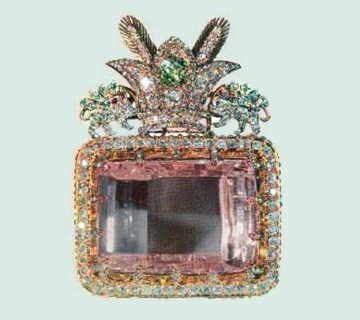