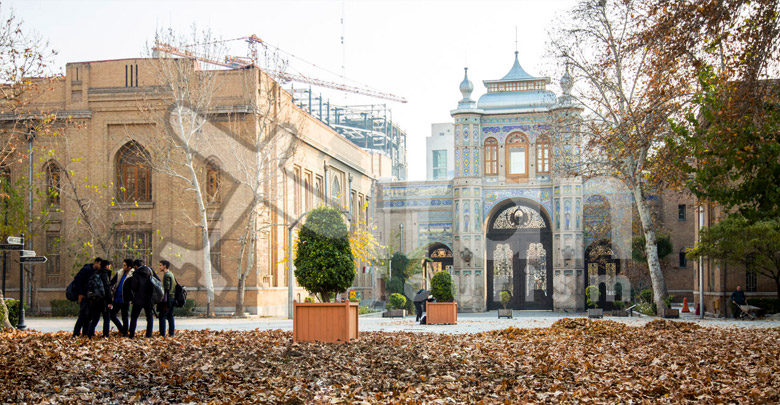 National Garden (or in Persian Baq-e-Meli) is maybe the second most famous of Tehran Attractions. Prior to construction of Azadi Tower, National Garden was the landmark of Tehran City. Although it was a military base at the beginning, now it’s a cultural center which connects museums, libraries and universities together.

follow this article from Iran Travel Guide Center to learn more about the National Garden’s Background and history.

Overlook of National Garden, One of Tehran Attractions

In order to get to National Garden, you can take either line 1 or line 2 of Tehran Metro and get off at Imam Khomeini station.

Or you can take the bus to the Imam Khomeini Terminal and get off at the last stop.

National garden is open Saturdays to Thursdays, from 8a.m to 7p.m.

The national garden was first established outside of the city as a military base during the Qjar dynasty around 200 years ago. but as the years passed and due to the expansion of the city, the base was disassembled and turned into what it is now.

Right now, the location of the national garden is at the heart of the Old Tehran District. This district is boasting of cultural and historical Tehran attractions and places.

The national Garden gate was originally located on the eastern side of the military camp. But when the disassembling of the base took place, the old gate was destructed and the new one was constructed at the current location. It consists of 3 doors, 1 larger one for the vehicles and 2 smaller ones for the pedestrians.

The design is a fusion of Ero-Persian architecture. At the top of the gate, paintings and tiling can be seen which depict lions, machine guns, and some poems.

The paintings depict some historical moments which took place in Tehran, especially the military cue and the rise of the first Pahlavi king, Reza Shah.

Although, it is called National Garden of Baq-e-Meli, but not much of a Persian style garden can be observed here. It is more like a passage that links some of the historical and cultural buildings of Tehran attractions together.

The reason for this name is that after the Military base was disassembled, the city officials decided to create Iran’s First Urban park at this location. Prior to that, nothing of such definition existed is Iranian cities urban structure.

Now let’s check out what buildings are located in the National Garden (baq-e-meli):

The museum of communication and Post: it is the old Tehran post building which is located on the eastern side of the National Garden.

Malek museum and library: this building is located on the right side of the National Garden and it contains some of the most precious Persian handwritten books and manuscripts.

Ministry of Foreign Affairs buildings: these buildings are located at north west to north east of the National Garden. Each of these buildings was constructed separately, during different eras. Hence, they are an Exhibition to show you the development and change in Iranian architecture and design during the past 100 years.

University of art: the old building of Tehran University of Art is located in the far northern part of the National Garden. This building is not operational and is under reconstruction for some time now.