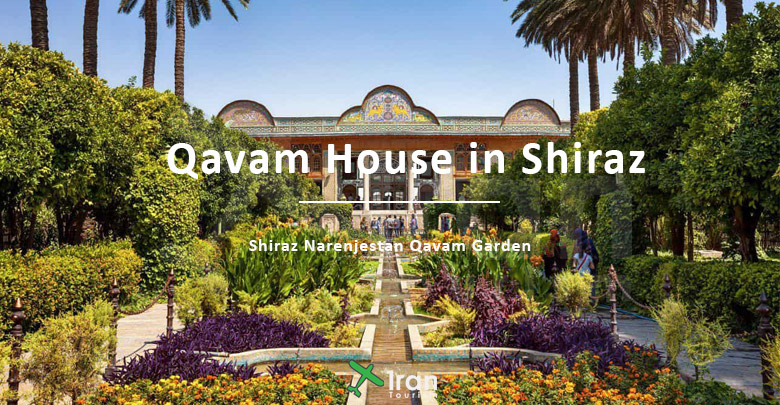 Qavam House or as it is known, “Shiraz Narenjestan Garden” is famous for its numerous sour orange trees. It was the house of the Shiraz governor and has gone through many changes and transformations throughout history, from the house of the most important person in the city to a refugee camp. But regardless of what time has done to it, it is still one of the most remarkable sights in Shiraz city.

Accessibility: If you are planning to get to Qavam House using Metro, you have to get off at Shahrdari or Valiasr station. Either station you choose, you’ll have a 15 minutes walk to get to it.

Open days and hours: Qavam House is open from Saturdays to Thursdays, from 8a.m to 7p.m.

History of Qavam House at Shiraz

Qavam House and Museum was the governor’s house of Shiraz during the Zand dynasty’s reign. It was constructed along with another house dedicated to servants on its eastern side, a dedicated bathhouse, and a house for the governor’s family on its western side. These buildings were all connected using tunnels, enabling them to commute back and forth without having to leave the premises.

Right now, unfortunately, only the houses are open for visitors, and the bathhouse which was one of the Shiraz’s main Bathhouses and the servants’ house or “Khane Araghiha”  is closed.

Qavam House has constructed about 250 years ago, and still, the design is breathtaking. The house has consisted of a southern side and a northern side, divided by a garden full of tall trees and a water fountain in the middle. The entrance is on the southern side, flanked by 2 narrow porches and beautiful mosaic work at the middle, welcoming you into the garden. These porches and their rooms are transformed into shops and offices now.

Going through the Narenjestan Garden, you get to the main two-story building of Qavam house. There’s a pool in front of the house, making a beautiful scene when you look at the reflection of the building in the water. The building consists of two wings at the first level, mainly used as offices during that era. These wings are separated by a porch which is the glowing jewel of the house. It is covered by pieces of mirrors on all 3 sides of it, glowing and shining with the daylight and the ceiling has one of the rarest mirrors works in all the Iranian historic houses.

The upper-level rooms were the living quarters. The windows of these rooms are stained with bright colors, making a beautiful scene for every spectator who is inside them.

The basement of Qavam House is now transformed into a museum and a gallery of Shiraz Artists’ handcrafts. The museum’s artifacts are some of the most precious ones in Shiraz, from the Zand era.

At the southeastern side of the garden, there’s an underground passage leading to a house west to Qvam house. This house is called Zinat-ol-Molk house. It was the living place of the governor’s sister and now is transformed into another museum.

The link between the two houses is now blocked, and in order to visit the other house, you have to go through the main door and buy another ticket. 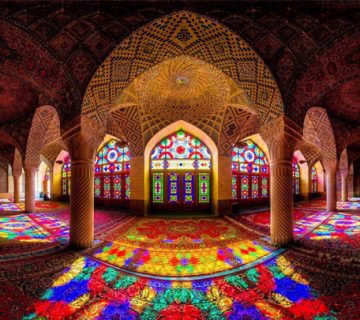 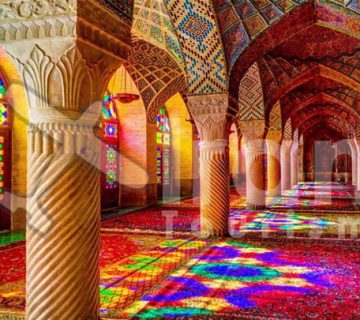