Snapp arrived at the airport after a few hours of tiresome flight; you want to get to your resort as soon as possible. Not knowing Persian and identifiable from a thousand feet away as a tourist, you are a good bait for those taxi drivers who are ready to name a price which can break a bank account. But since you are unfamiliar with the costs, you have to say yes, and avoid the trouble of haggling and the airport rush.

Snapp, a taxi app in Iran, has changed that…!

Like Uber, this ride-hailing app in Iran named Snapp calculates the price for you, which most likely will not exceed those regular drivers offer. Competing with other major taxi apps in Iran, Tap30 and other counterparts, Snapp has something which is far from a monopoly, so one can be sure the prices will stay reasonable for the time to come. Snapp currently works in more than 15 Persian cities now. The list includes major cities such as Tehran, Karaj, Isfahan, Bandar Abbas, and Shiraz.

How to Install a Taxi App in Iran? 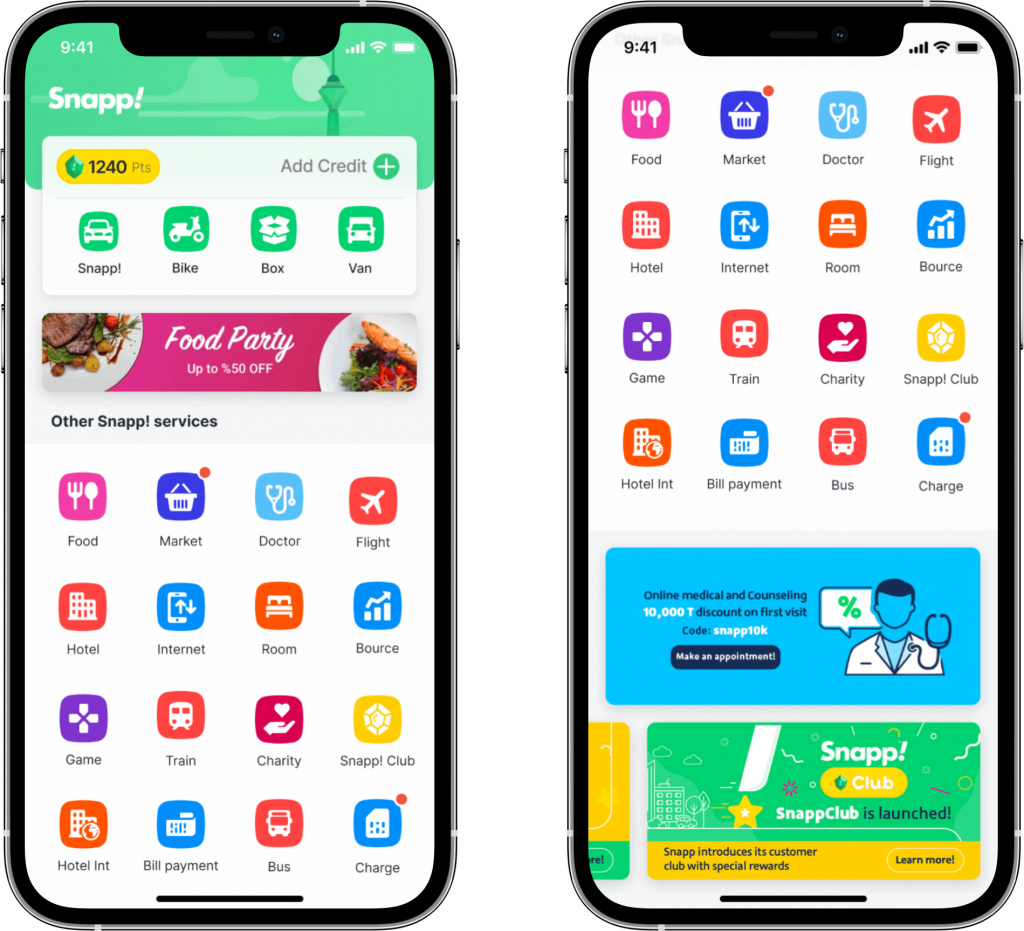 how to install snapp app in Iran

You only need a SIM card to use a ride-hailing app in Iran, such as Snapp. Mobile SIM cards in Iran are available for a very cheap price at the airport. Fortunately, the Snapp UI is also offered in English and French. The application is available for iOS and Android. Snapp also has a web-based version.

After you install Snapp, you will be sent an activation code via SMS. You are ready to use it as you enter it when you travel to Iran. Choose your origin (where you are now) and your destination (where you want to go) and tap ‘Request Ride’.

You also have the option to choose a second destination. Snapp allows you to make an ‘Extra Stop’ and adjust your pause time if you want to visit somewhere like a Tehran tourist attraction.

To do that, you have first to set your origin and destination. After the price is displayed, tap “Options” on the bottom right, then tap Extra Stop, and a box will be shown, allowing you to choose the duration of your stop. Selecting a second destination or round-trip is also done in “Options”. At the time of writing this article, the dialogue box was in its original Persian, requiring you to know Persian numerals and the words “دقیقه” meaning ‘minute’ and “ساعت” which means ‘hour’.

Snapp also offers you the option to pay using Iranian debit cards. Still, the bank interface is totally in Persian, rendering it unusable for people who do not know the language.

How to guide the driver to your location?

Since many drivers of this ride-hailing app in Iran only know Persian, it would be useful if you learn a few Persian phrases to direct them to your starting location and destination. ‘Shoma kojaeed‘ means “Where are you?” which the driver may ask you over the phone to be able to pick you up.

You want to stay exactly wherever you have pinned your starting location and tell them ‘man jaayi ke pin kardam, hastam’, letting the Snapp driver know where to find you. It would be a good idea to let them know that you don’t know Persian. You should say it like: ‘man Farsi balad nees-tam‘.

If you and your driver can’t find each other, you may ask a nearby person you can trust with your mobile phone to guide the driver. This phrase is “lotfan raa-nan-de ro raah-na-maa-yee ko-need“, meaning “please direct the driver”.

Surely, if the driver cannot find you, you may cancel that ride and try your luck with another Snapp driver.

What if I want to choose another application?

In a future article, we may cover other taxi apps in Iran and their features, as the number of ride-hailing apps in Iran is growing fast, some promising to offer more options than those of Snapp. Although many drivers may work for more than one of these companies, currently, it is Snapp which has the highest number of active drivers and the highest availability of rides among them all.