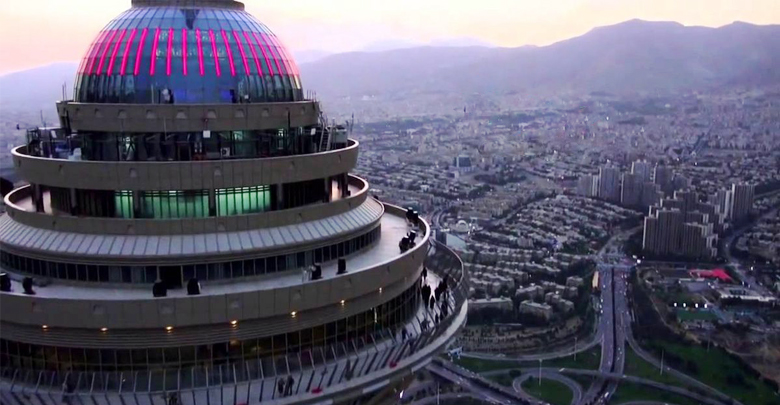 Milad tower, an impressive architectural structure known as insignia of Tehran, is one of the most magnificent Tehran tourist attractions.

Milad Tower (or as it is called in Persian: Borje Milad) as a mass appealing tourist attraction can be seen from almost anywhere of Tehran. Iran travel guide invites you to read the complete article.

Milad tower as a staggering 435 meters (1,427 ft.) high multipurpose tower was part of the Shahestan Pahlavi project, as a remarkable symbol of Tehran, which was designed in the 1970s but never materialized except for the Tower.

After an international competition, the project was awarded to the Llewellyn Davies Company, and construction was inaugurated on August 19, 1975.

However, later architectural modifications were considered and applied from 2000 till 2009 to make it internally and externally specious to make it as one of the most stunning Tehran tourist attractions.

Milad tower, as the 6th tallest tower in the world, is a multipurpose tower which makes it a varying combinational structural and features which make it as one of the best Tehran tourist attractions.

Besides telecommunication uses, it also includes a rotating sky restaurant and is used as a convention, exhibition and conference center (a nearby building in the same complex) which is strongly recommended to the tourists to experience that.

The lobby structure of Milad Tower has 6 floors, accommodating many food courts and trade units including three floors with 63 trade units, 11 food courts, art galleries and commercial products exhibition that you can find there.

The shaft is a concrete structure is made from the ground floor and six elevators in three different sides of the shaft are used to transfer the visitors to the head of the tower, besides an emergency staircase at the fourth side.

How to get to Milad Tower?

There are various ways based on your taste for going there. You can take Metro or BRT to “Azadi Sq.” station near the Azadi tower, at Azadi Sq. You can buy the tickets at the cost of about 10 cents at the entrance of each bus or metro station.

Then you can go to bus terminal and take bus to “Vanak” take off bus at Milad station to finally find Milad tower.

Also you can take taxis based on where are you currently in the city and go there directly or indirectly to the above-mentioned places part by part.

However, Iran tourism advises you to use internet taxi services of snapp or tap30, which work similarly to Uber, as the most convenient way. You can follow the instructions for using those apps by clicking on the exact word, also you can go to the Iran tourist main page:

You can buy the entrance ticket by going to this website, you may use google chrome or other applications to translate the page to your own language, at the price of 350000 RLS almost equivalent to 2$.